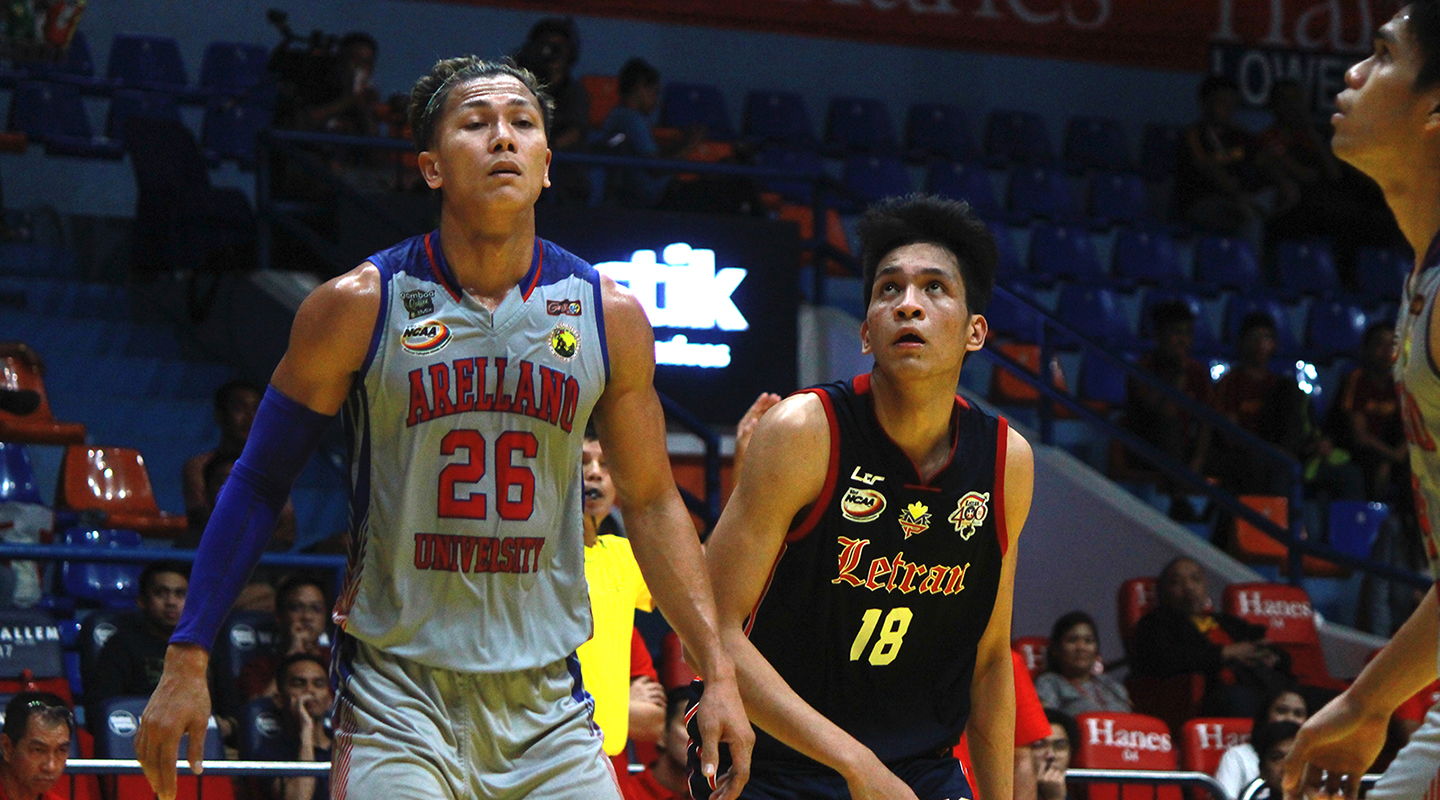 Letran found unlikely heroes in Jeo Ambohot and Jeremiah Taladua as the Knights upended the Arellano Chiefs, 82–75, to end a two-game losing skid in the NCAA Season 93 basketball wars on Tuesday at the Filoil Flying V Centre in San Juan.

Ambohot scored 15 points and 13 rebounds, who, managed to outweigh his counterparts in Arellano — the school where he used to play.

The 6-foot-7 big man from Compostella Valley also had five rejections to continue his praised performance in the season.

Taladua, on the other hand, scored nine of his 13 points in the first quarter alone and culminated his own double-double outing with 11 boards.

The Knights, however, squandered a 46–38 halftime lead which saw the Chiefs outscored them at the end of the third period, 57–58.

But Rey Nambatac’s three-point play at the 8:19 mark of the fourth sparked a Letran run that barred Arellano to retake the lead. Nambatac erupted for 13 points in the final period (9/10 free throws) and finished an all-around game of 15 points, 12 rebounds, and five assists.

Jerrick Balanza added 12 points for the Knights, while JP Calvo and Bong Quinto chipped in 9 and 8, respectively.

It’s Letran’s second win in its first five games. The team will face College of St. Benilde on Thursday at the Letran Gym for the continuation of NCAA On Tour.