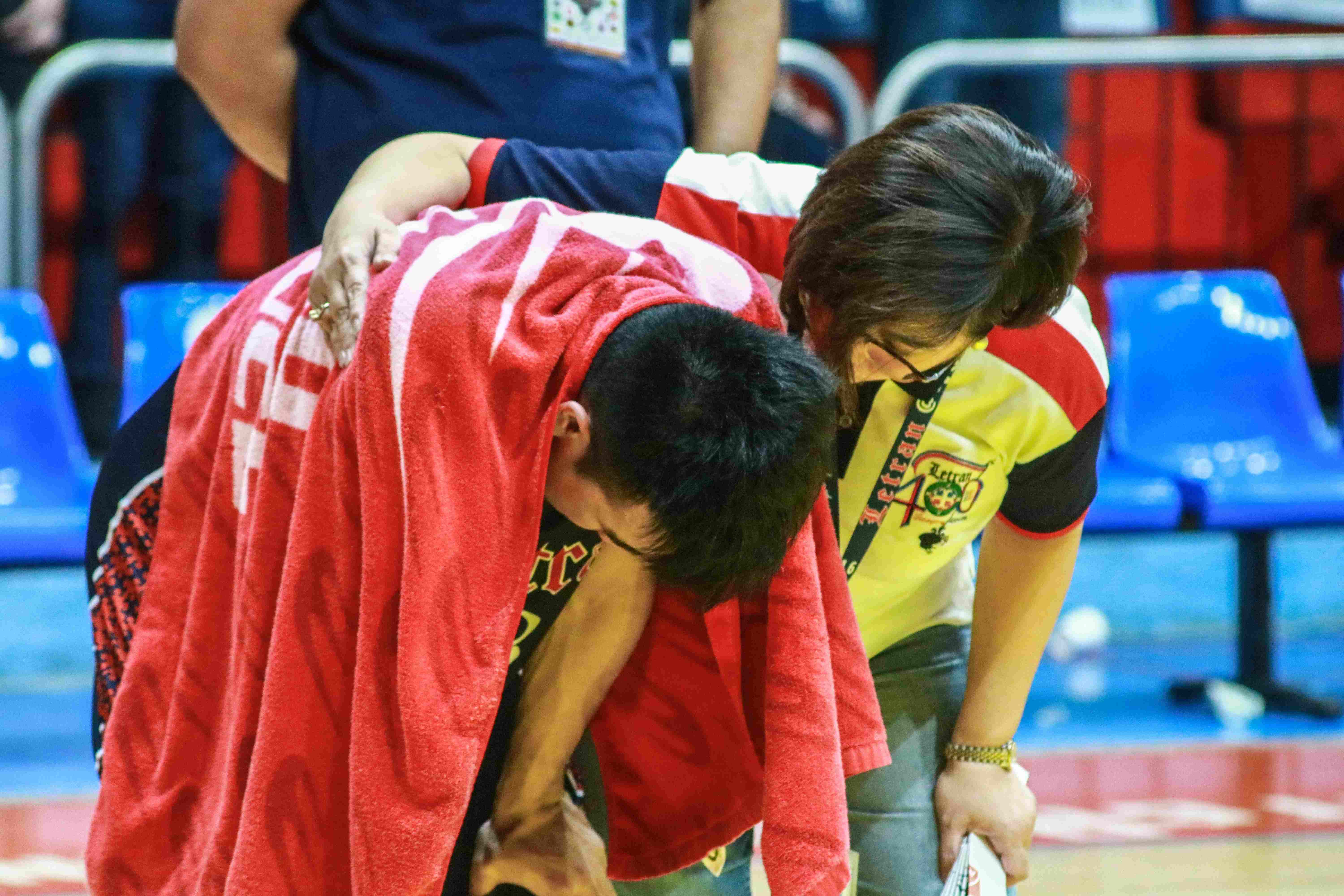 JP Calvo’s National Collegiate Athletic Association (NCAA) career did not end the way he wanted to. Calvo had to sit out had to sit out the rest of the game after injuring his left leg due to a collision with Lyceum big man Mike Nzeusseu.

The pint-sized guard sat helplessly in the bench as he watched his brothers-in-arms suffer a 24-point loss to the Pirates.

Lyceum took advantage of Calvo’s absence and unleashed a 15-0 run to bury the Knights, 70-56.

Calvo stood in tears for one last Alma Mater with his face covered by a face towel. He was then approached by someone he least expected.

Still, the Letran community stood behind Calvo and the Knights despite the heart-wrenching loss.