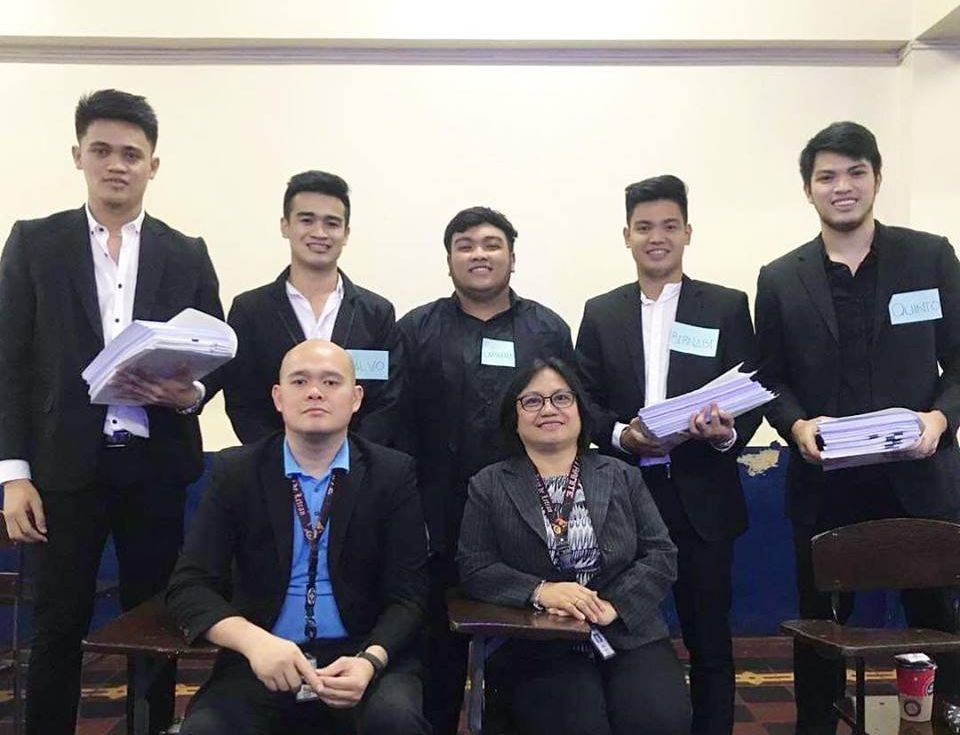 A day after they played their final game in the National Collegiate Athletic Association (NCAA), the graduating duo of JP Calvo and Bong Quinto faced another obstacle in their collegiate career.

This time though, it’s inside the four corners of the Colegio. Yesterday, Quinto shared to the members of the press that he will be defending his final requirement for graduation along with Calvo.

After a rough 24-point beating from Lyceum yesterday, Calvo and Quinto wasted no time and quickly turned their focus to their studies.

The duo successfully defended their thesis, together with former Letran Knights Jomari Sollano and Maui Bernabe.

Quinto played poorly against the Pirates; finishing with 12 points from 6-of-17 shooting to go along with six rebounds and seven rebounds. Calvo on the other hand, had to sit out the rest of the game after injuring his left leg due to a collision with Lyceum big man Mike Nzeusseu.

Despite the duo’s lackluster performance, Letran head coach Jeff Napa still commended them for playing their hearts out for the team.

Still, even after losing their final game in the NCAA, the duo delivered where it really matters the most and achieved a feat that not every student-athlete can achieve.