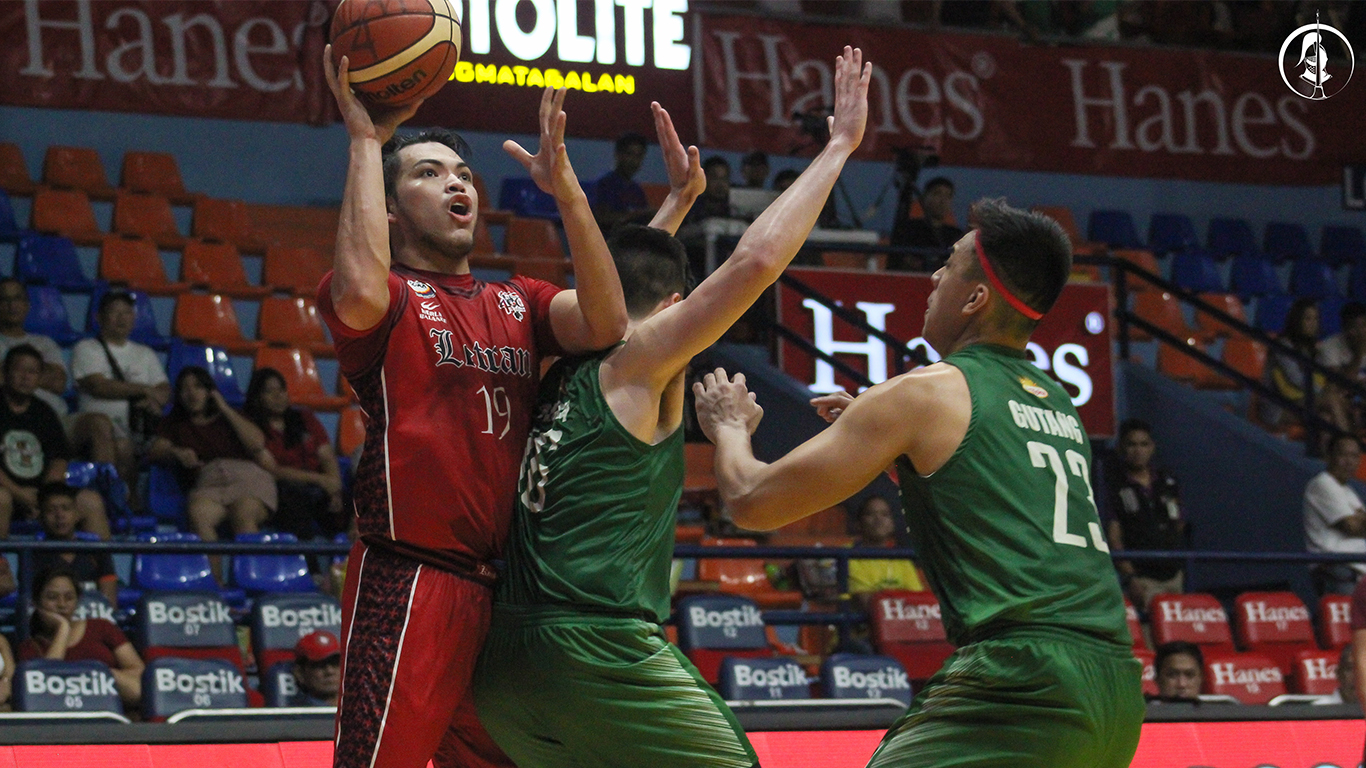 The Letran Knights closed their elimination round campaign with an 81-94 loss at the hands of the College of St. Benilde Blazers in the NCAA Season 94, Tuesday, at the Filoil Flying V Centre in San Juan.

Jeo Ambohot and Bonbon Batiller’s back-to-back buckets rallied the Knights to within 11 points, 63-77. However, Carlo Young drained a three-pointer with six minutes remaining to put away the Knights for good.

Letran’s defense was nowhere to be seen as CSB shot 53.03% percent from the field. The Knights came into the match allowing opponents to score 72.6 points per game on 38% shooting from the field.

With the loss, the Knights failed to extend their winning streak to seven games.

Clement Leutcheu led the Blazers scoring 15 of his 19 points in the first half to go along with five rebounds and two assists. CSB ended their campaign with a 10-8 slate, one game behind the fourth-seeded University of Perpetual Help System DALTA Altas.

Letran, who will enter the Final Four with a twice-to-beat disadvantage against Intramuros neighbor Lyceum of the Philippines University Pirates on Friday, finished their elimination round with a 13-5 win-loss card.