Quinto nabs another triple-double to lead Letran past EAC 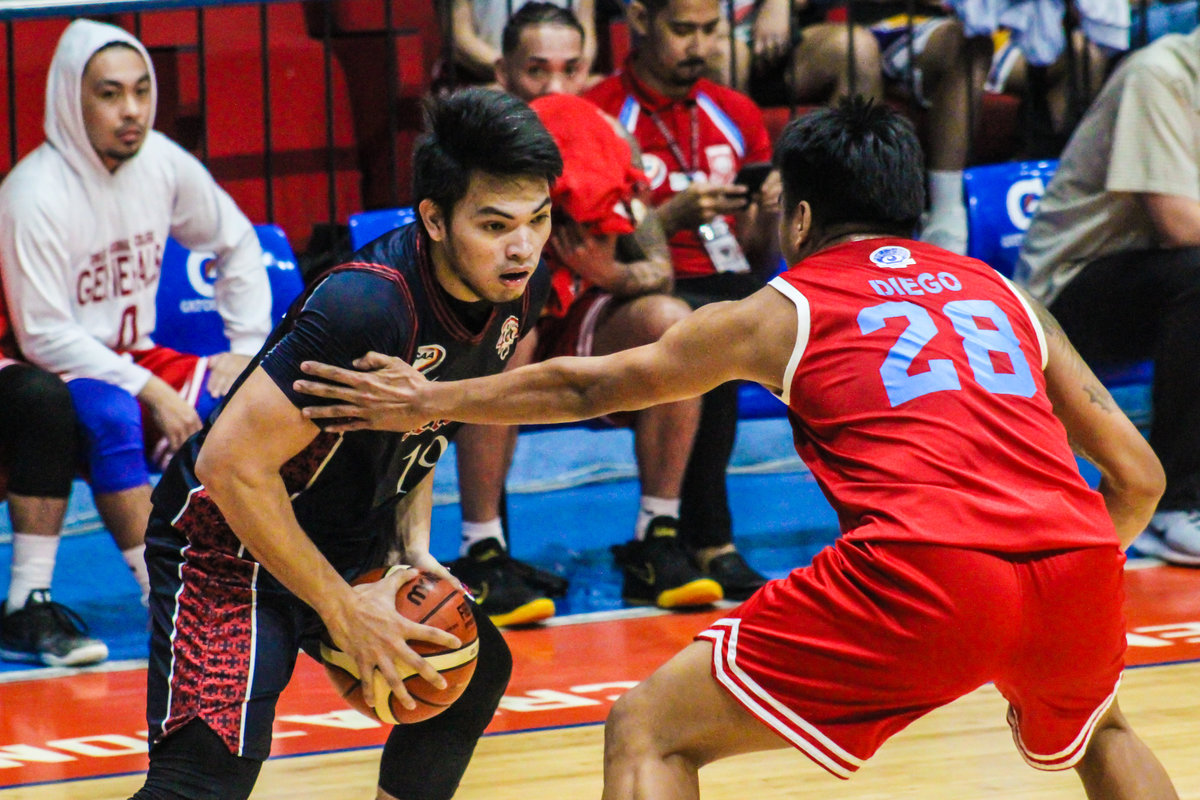 The Letran Knights ended their NCAA first round campaign with a win against the Emilio Aguinaldo College Generals, 76-56, on Friday, August 24 at the FilOil Flying V Centre in San Juan.

After trailing by three at the end of the first quarter, the Knights established a tight-lock defense; forcing the Generals a shot-clock violation.

Bonbon Batiller then converted an and-1 which gave Letran the lead and from there, the Knights never looked back. Letran outscored the Generals, 43-29, at the half and led for as much as 23 points in the final frame.

Aside from their offensive brilliance, the Knights also showcased their tight defense and forced the Generals to commit 17 turnovers.

Jeff Napa's wards clamped the Generals and limited them to a 12-point second quarter; keeping them at a subpar 32 percent shooting from the field.

Batiller waxed hot and played his best game so far in a Letran uniform as he fired 17 points on 75 percent shooting from the field on top of three rebounds and four assists.

However, it was Bong Quinto who stole the show for the Knights as he nabbed his second straight triple-double; scoring 11 points to go along with his 10 assists and 11 rebounds.

Quinto completed the feat after a dish to rookie Shamasneh Banez who went on to score his first two points of the season.

Hamadou Laminou led the Generals with a monster double-double of 18 points and 16 rebounds while Jerome Garcia finished with 11 points in a losing effort.

The Knights are now with a 6-3; placing fourth, half a game behind the College of St. Benilde Blazers in the NCAA Seniors Basketball Tournament.