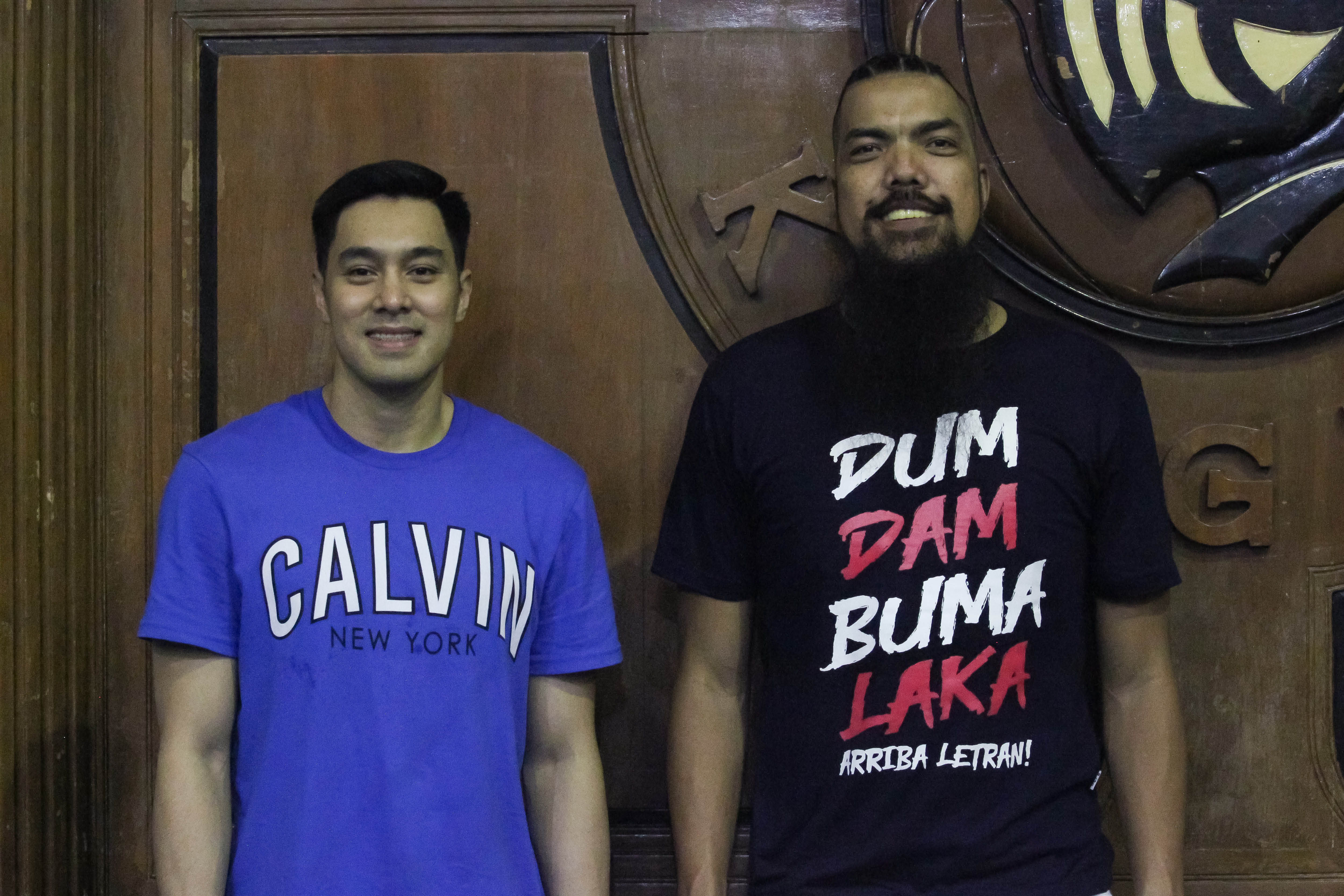 The Letran Knights displayed their late-game brilliance and kept the whole Letran community on their feet by converting big-time baskets to triumph over the College of St. Benilde Blazers in this year’s NCAA On Tour.

However, aside from students and administrators, also cheering in the sidelines are former Letran stars who lauded the Knights’ valiant stand against the Blazers.

Guevarra, a former PBA Slam-dunk champion, brought the Knights to the finals in 2007 along with RJ Jazul and Bryan Faundo.

Spotted beside him is Mandaluyong El Tigre and Bagani actor Mark Andaya. After watching the Knights, Andaya expressed his full confidence with the team and said: “Champion tayo this year, sigurado yan,” he proudly said.

Also seen walking around the Blessed Antonio Varona gymnasium is ex-Coca Cola Tiger and 2003 NCAA Finals MVP Ronjay Enrile, who credited the Knights for controlling the pressure that the tour has set.

“Siguro kaya dikit ang laban kasi may pressure ang Knights. Minsan playing on your home court, may pressure eh. But they overcame that and they won the game,” he said

Former Letran star forward Kevin Racal praised the whole squad, but noted one player who really stood out from the pack.