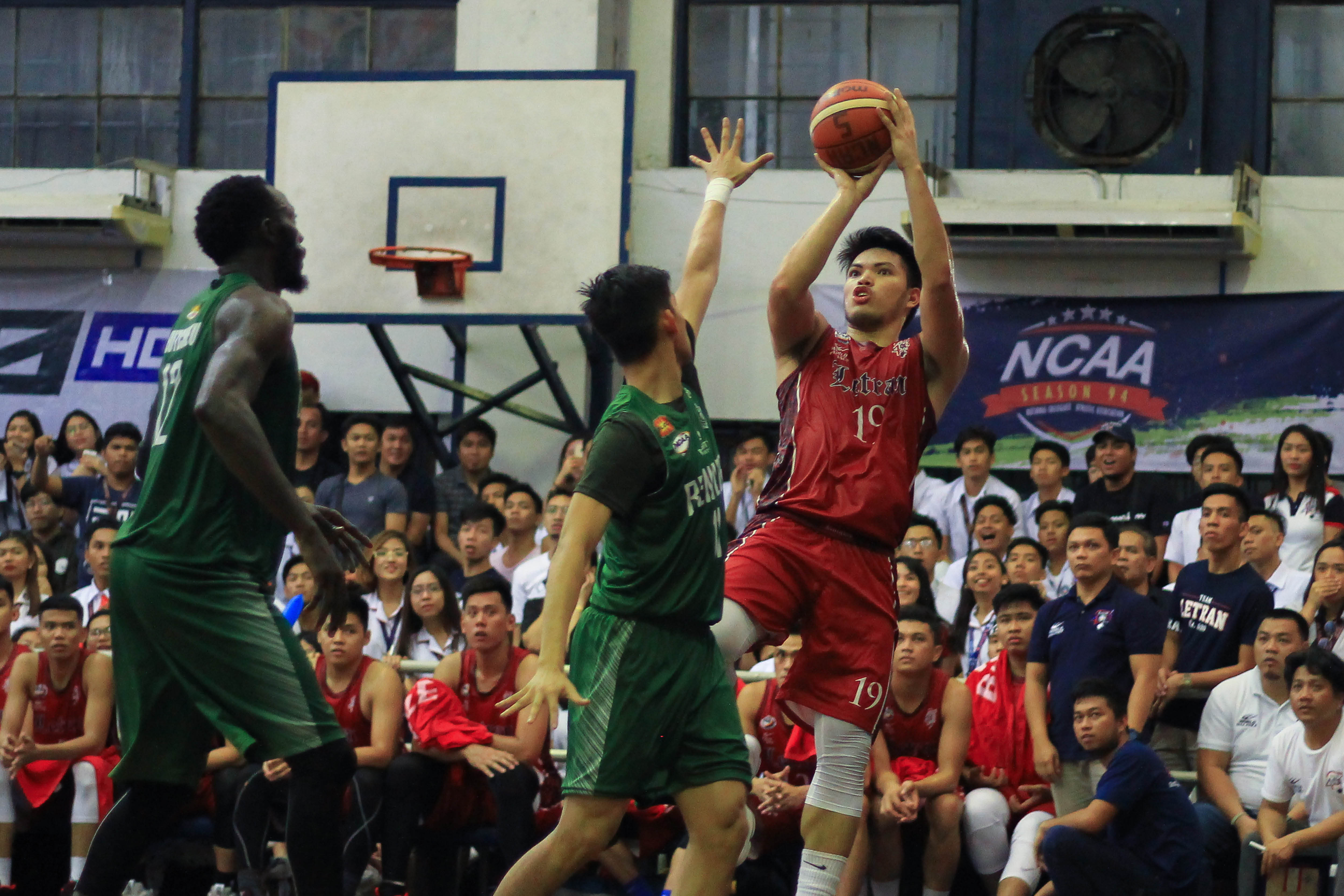 The Colegio de San Juan de Letran Knights eked out a 64-60 thriller of a triumph over College of Saint Benilde Blazers in the NCAA Season 94 Men’s Basketball Tournament at the Blessed Antonio Varona Gymnasium.

As the NCAA On Tour enters the walls of Intramuros, the Knights once again proved that they are on the board in the tournament after taking its third win in a row against streak-seeking Blazers—the same team they faced last year in the same venue.

In the first half, the Knights struggled with the Blazers’ offensive capabilities going almost on-par with their tenacious charges. But after a sluggish start, the Intramuros-based dribblers went full throttle and took the lead at the second half, 35-34.

Leading by just a basket after the break, tensions were high when the Taft-based squad underplayed Letran despite keeping up with the high-intensity play. Bong Quinto and Christian Fajarito spearheaded the team’s rally and combined for six points to tie the lead at 37.

The last minutes of the game were intensified, as the Knights’ system, featured their quick ball movement that capitalized the Blazers’ missed shots.

Letran guard Bonbon Batiller drained a three-pointer to tie the game at 60-all in the final minute of the match, countering Yankie Haruna’s and-1 play.

Quinto, however, played the hero role for Letran as he drained the go-ahead jumper from the baseline to put the Knights in the driver’s seat, 62-60. Jerrick Balanza drained two from the charity stripe and secured Letran’s win at 64-60.

Napa was satisfied with how his wards responded to the challenge, saying their resilience bodes well for the team that has been together for only four months now.

Bong Quinto showed off his versatility in the win as he finished with 17 points and six rebounds while Fajarito and Larry Muyang added 10 markers, respectively.

On the other hand, Haruna topscored the Blazers with 13 while Leutcheu added 10 in a losing effort.

With Letran’s full game edge over CSB,the team garnered a 3-1 slate. Saint Benilde, on the other hand, dropped to 2-3.

Letran will go on the road on Tuesday, August 7, when they face the Arellano Chiefs at 4:00 p.m.