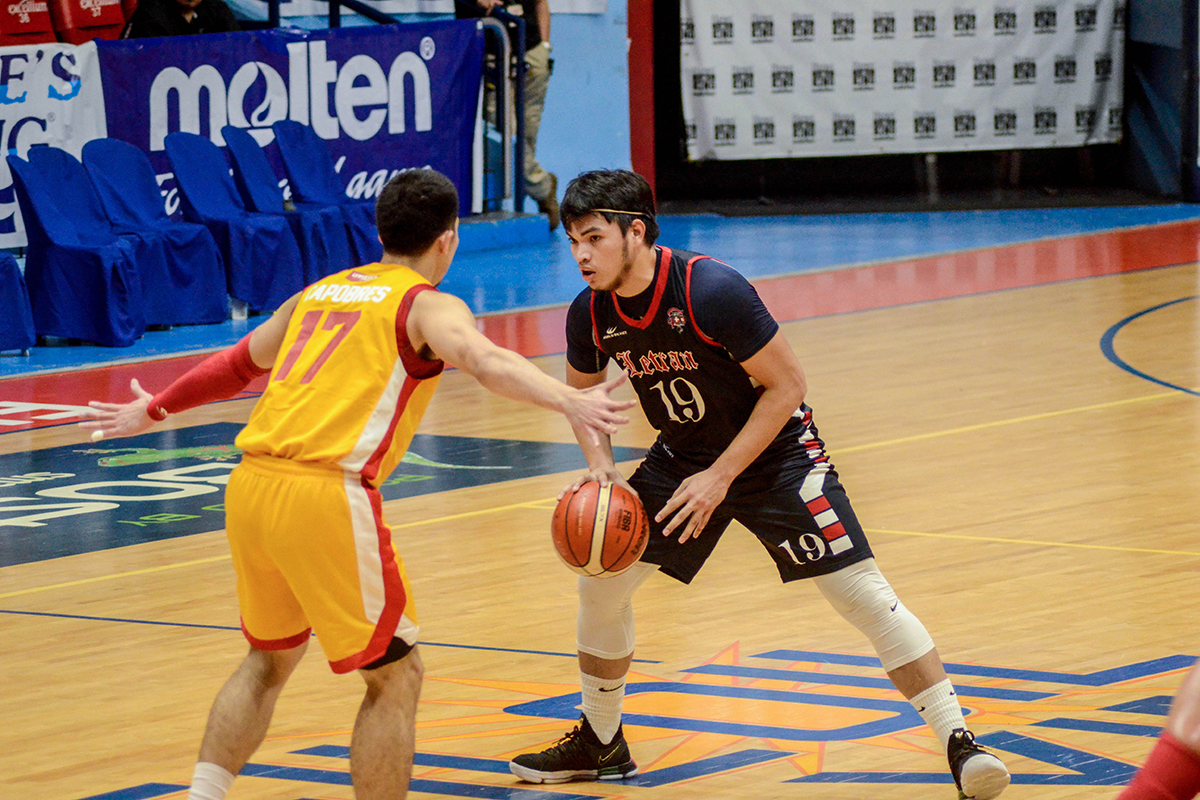 With the Stags closing the gap in the fourth quarter, the Knights turned to veterans Jerrick Balanza and Quinto to close out the game. The duo poured in 13 points in Letran’s 20-point fourth quarter.

Despite his skipper’s fine performance, Letran head coach Jeff Napa bared that Quinto still has a lot to improve on.

RK Ilagan fired 19 points for the Stags while Allyn Bulanadi scored 13 markers in a losing effort.

Letran will battle the College of St. Benilde Blazers on May 4, Monday, at 12:30 p.m., in hopes of solidifying their playoff bid.

Earlier in the evening, Letran’s Bonbon Batiller defeated La Salle’s Miguel Corteza, 9-5, in the Hanes 1 on 1 King of the Hardcourt.