What’s in a Filipino (apart from Sinigang)? 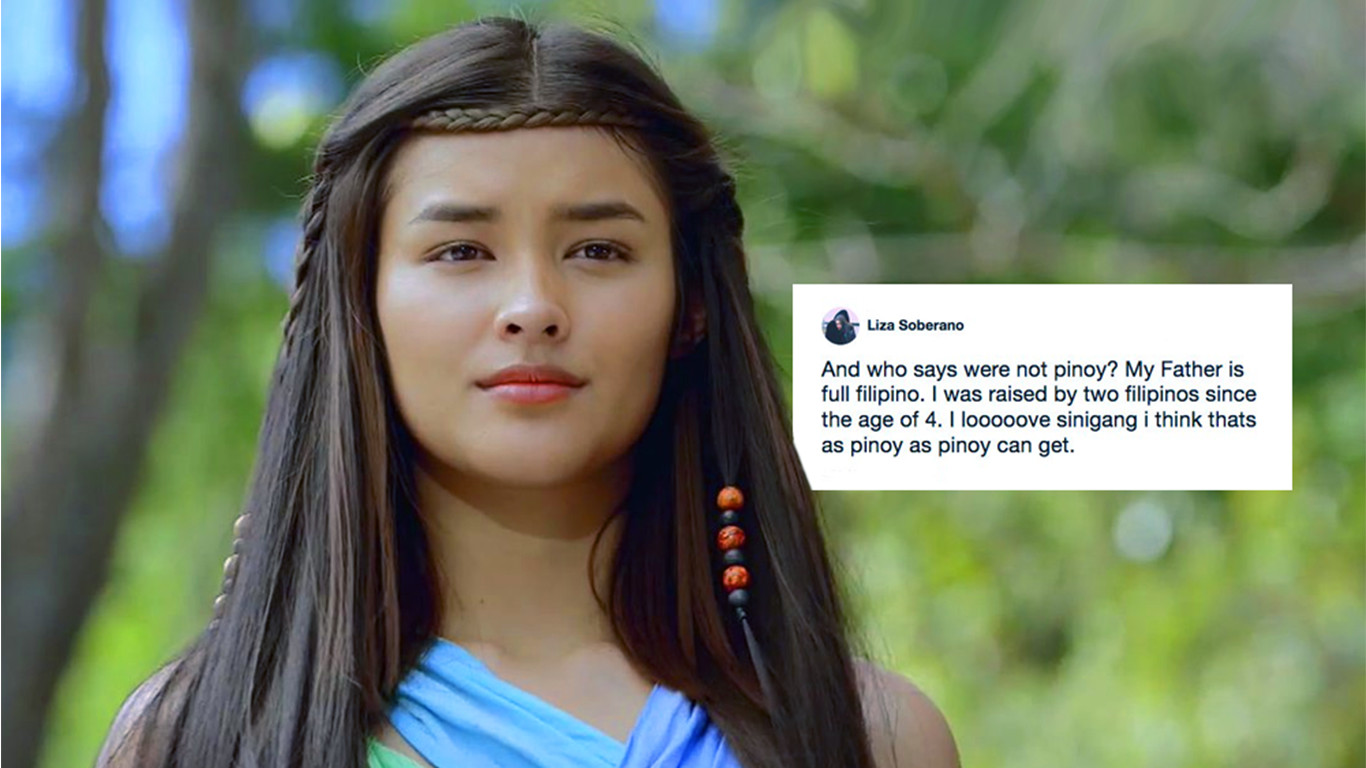 PHOTO from the Internet

It’s been a rough month online for the nation’s sweetheart.

If you’ve owned a phone in the past month, you’ve probably been made aware of how netizens all over Twitter have excoriated Liza Soberano's tweet,  a response to some of the people critiquing her role on Bagani, an upcoming fantasy show in ABS CBN with her on-screen love interest, Enrique Gil.

Soberano was being critiqued particularly for being miscast, along with Gil, for purportedly not appearing to be Filipino enough. In response, the actress claims that she’s a “Full Filipina”, madly in love with sinigang, because that’s “as Pinoy as Pinoy can get."

Suffice to say, the news spread like wildfire all over social media, and yes, making it one of the top memes for the month of February.

The discourse on cultural identity started from Gil’s and Soberano’s casting as the main characters of Bagani, a fantaserye that was supposed to be set in the pre-colonial period of the Philippines, and how erroneous it was that it had to be mestizas and mestizos running the front lines, instead of actors who're actually close to what Filipinos back then looked like.

In any case, they could've toned down the bronzer just a tad.

Anyway, back to the sinigang issue. The sinigang issue has become a more pressing one as it has become plain bullying than making her realize the fault in her statement. The actress made a slight mistake of replying and trying to defend her ethnicity when she should've just kept quiet -- and as cowardly as it can be, it could've been a prevention to drastic consequences, thus, the sinigang memes.

Sinigang, for now on, will live as the memedom’s barometer for being a Filipino. Sadly, for Liza at least, it doesn’t look like it will subside any time soon. But how about Adobo, though?

On a serious note, the issue, for some, is Soberano's lack of response to the tweets regarding the colorism issue on the show, and that she focused (actually replied) to the tweet about her being pure Pinoy.  It wasn't her fault to be casted the role, nor should she have to defend her ethnicity to appease the raging mob online. If she thinks loving sinigang is as Pinoy as she can get, then so be it.

There are a lot of different dishes, still. Many people are hoping for Adobo to rise, though. But what can people do? She loooooves (yes, there are 5 o’s) sinigang, and whatever will be will be.