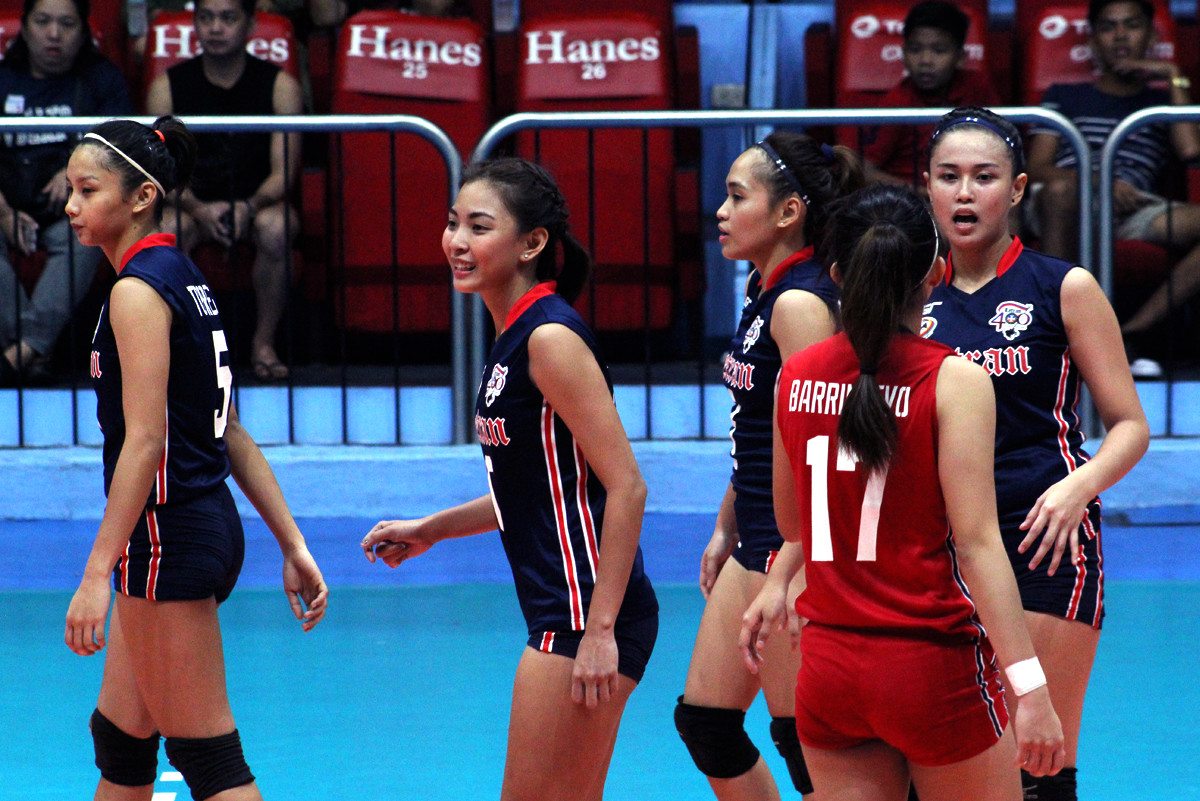 Despite an impressive defensive showcase in the first set, the Lady Knights garnered their first loss at the hands of College of Saint Benilde (CSB) Lady Blazers, 22-25, 11-25, 20-25, during their opening match of the NCAA Season 93 volleyball tournament Friday, January 5, at the Fil Oil Flying V Center in San Juan.

Letran was looking energized in the first set, with Mendoza scoring the team’s first two points. Errors proved to be costly for the Lady Blazers as more service mistakes and poorly-hit spikes conceded the team. However, the Taft-based team was able to come back after well-placed hits by Marites Pablo.

In the second set, Letran had a slower start, giving an early lead to CSB. Eventually, serving errors continued to hamper the Lady Knights as they fell after another service ace.

The third set then proved to be similar to the first. Despite Letran making up some lost ground, Rachel Austero, together with Ranya Musa catapulted the Lady Blazers’ offense to take the game, 25-20.

Coach Inoferio wants his team to work on their positive mindset, decision making, and cohesiveness inside the court—which he expects to see in the succeeding games.

Meanwhile, Letran’s men’s volleyball team also lost to their counterparts, 12-25, 21-25, 18-25. It was a close fight in the second set but after a few adjustments, the Blazers raced past Letran then cruised to another win in the third for the game's taking.

Letran will face Mapua University on Monday, January 8 with the men’s team at 9:30 a.m. and the women’s team later on at 11 a.m.