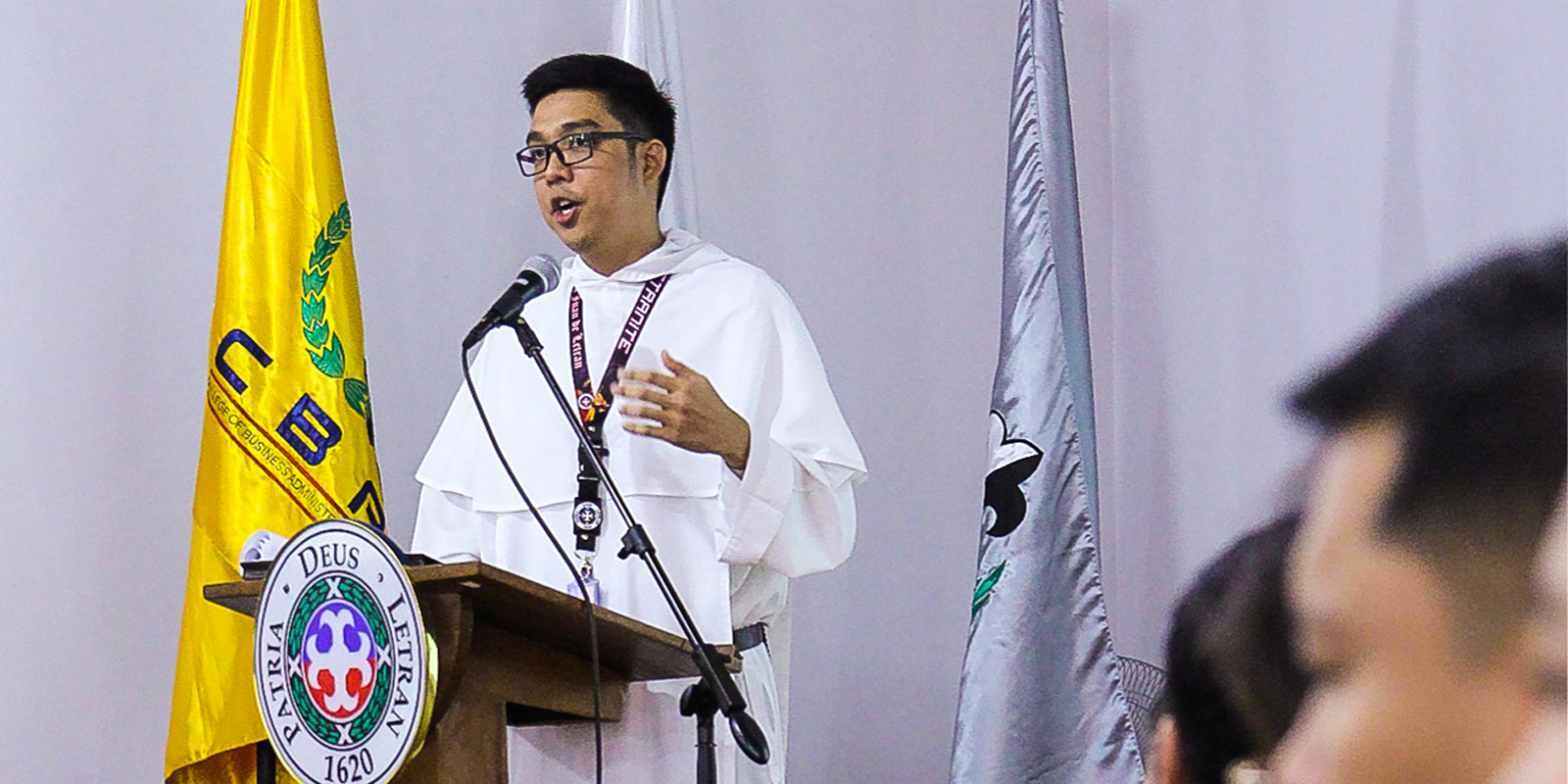 The toll of the controversial War on Drugs has reached 12,000—coming from both police operations and vigilante-style killings. News of extrajudicial killings in the present administration has reached most of the headlines of newspapers and TV networks across the country. In these trying times, institutions such as the Catholic Church and other religious pro-life organizations, find themselves at great odds with the ideals and priorities of this government.

For the Colegio’s Vice President of Religious Affairs Division, Rev. Fr. Paul Lovell Javier, O.P., his stance is clear: These killings, that have in the past months taken the lives of mere minorities, have to stop.

In an interview with the LANCE, Fr. Javier maintained that these killings should be stopped because killing, in all aspects, is not in accordance with the will of God and that killing in this manner, due to the campaign against drugs, is not in conformity anymore with the laws and protocol of the law of the land.

“We (as a Catholic institution) continue to be the conscience of the people, to remind the people of our moral obligation through our preaching during mass,” Javier, or Father “Love” as he is referred to by peers and students, explained.

“I, somehow, incorporate EJK in my homilies,” he added. “Also, by participating in the church-organized activities, for example, prayer rally and the like and then in the Dominican order, we have this justice and peace so by participating in the activities being organized also by the Dominicans in the level of the Colegio. Just recently we had this “Love for Humanity” wherein we expressed; we are denouncing the killings, the rampant killings that are happening in the society. I do believe hindi nakasalalay sa iisang tao ang laban na ito kundi sa bawat isa sa atin.”

In a recent statement by the National Council of Churches in the Philippines or NCCP, an ecumenical fellowship of non-Roman Catholic denominations in the Philippines working for unity in faith and order, it read that it was supportive of the Duterte administration’s campaign against illegal drug use, but appalled at the way the war on drugs is being handled.

“Stop the slaughter! End impunity!” was the plea of the latest statement from NCCP wherein it emphasized their stand about the gruesome manner of deaths in our country, while reiterating their belief that human beings are created in the image of God and that the dignity that is inherent in that image is diminished each time a human right is violated.

The Catholic Bishops’ Conference of the Philippines or CBCP, on the other hand, posted an article on their website regarding their thoughts about the recent killings of teenagers that triggered public outrage. According to the article, the bishops of CBCP reiterated that they stand firmly against drugs and the death drugs have caused, but killing is not the solution to the problem. The article ended with a phrase from the church officials saying that “we must not fight the darkness with the spark of bullets but with the light of Christ.”

In addition, Asst. Prof. Rodio Batayen, a faculty member of the Religious Education Area of the Colegio said that the wave of killings is quite alarming knowing that the victims are teenagers; it makes him sad since he is a father of two children. As a Filipino, he feels that he is obligated to condemn these killings. Asked about what he plans to do to address this situation, he added, “As a teacher in a Catholic school, I always make it a point that I integrate into my lessons issues affecting our country. But I believe this is not enough, I have to do something more, but at least this is a good start.

In the same breath, an open letter from our rector and president, Rev. Fr. Clarence Victor C. Marquez, OP, was posted on the official Facebook Page of the Colegio last August 23. The letter was addressed to the parents of Kian Loyd Delos Santos, one of the teenagers mercilessly killed during an alleged anti-drug operation. The letter was a fortification, that the Colegio’s stand on this issue is that it is an advocate of life, and believes that life is sacred and that no one has the right to take away one's right to live.